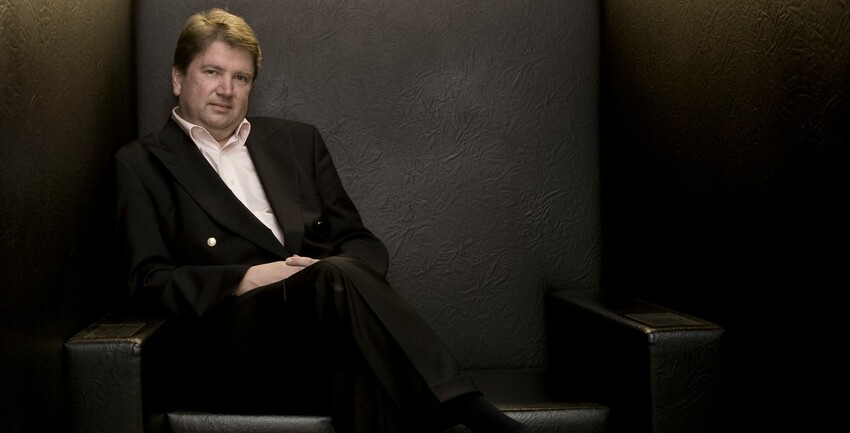 Christian Birnbaum was born 1964 in St. Pölten. He was teached in violin first time at the age of 7.

1982 he startet to study violin with Günter Pichler at the academy of music in Vienna. Also 1982 he became 1st Concertmaster of the Vienna Jeunesse Orchestra. From 1986  to 1990 he continued to study Violin with Prof. Alfred Staar. Birnbaum finished his studies with the Diplom for teaching with the special distinction of the jury and was awarded with the honorary prize of the Federal Ministry for Science and Art.

1993 - 1997 he studied conducting at the Vienna Conservatory with Prof. Georg Mark and GMD Reinhard Schwarz and started his way of conducting.

In 1994, he became a leader of the "Consortium Musicum Alte Universität", and conducted 200 masses at the famous “Jesuit Church Vienna”. The teamwork of this choir with members of the Vienna Symphony guides glorious concerts: “Elias” of Mendelssohn at Stift Melk, or “Schöpfung” of Haydn in the Jesuit Church Vienna, celebrating 30 years of the choir. A special highlight was the world premiere of the oratory “Sonnengesang” of Kurt Schwertsik, which he especially composed for the Consortium Musicum Alte Universität and which was presented at the International Festival ”Organo pleno 2004” in Vienna.

Since 1998 Christian Birnbaum leads also the Baroque Ensemble of Vienna Symphony. These 12 members of the Vienna Symphony combines the playing style and phrasing of the Baroque Period with the tonal possibilities of today's instruments. The Ensemble played often at the Festival Bregenz, but also in Germany, for example in Fulda and Triberg, also at the Austrian Summer Festivals of Millstatt and Bludenz. The Ensemble has recorded 10 CD's in Triberg.

After “Fiori musicali Triberg”, and “Ars et aqua” the ensemble has got a new 3 years contract. All Cd's were played in the Austrian Radio (Ö1 and Radio Vorarlberg)  and in “Deutschlandfunk”.

Since 2007 Birnbaum is Chief Conductor of the Vienna Academy Orchestra, which was conducted by Zubin Mehta as he was a student in Vienna. With this orchestra Birnbaum gave his debut at Wiener Musikverein with "Messa da Requiem" (Verdi). He conducts an increasing number of concerts with this orchestra in the famous golden hall: Orff's Carmina Burana, Mendelssohn's Lobgesang, Tchaikovsky's 5th Symphony, and so on.

As a guest he conducted the Slovenian Philharmonic Orchestra, the Orquesta Sinfónica Asunción (Paraguay), Camerata Musica Szombathely, Johann Strauss Festival Orchestra Budapest and the "Wiener Concertverein" and the Chamber Orchestra of Vienna Symphony. In 2008, he created with this orchestra an anniversary concert in 2008 with works by J.I. Pleyel, including the performance of a symphony that was not played since 1782.

In 2000, he conducted the anniversary mess “100 Years Vienna Symphony”. In 2008, the orchestra choosed him to conduct the opening of the ball of the Vienna Symphony with works of Franz von Suppé and Johann Strauss.

In December 2010 he conducted the Charity Gala “100 Years Austrian Cancer Help Organisation”, in the presence of the President of the republic.

In 2013, he conducted many concerts, including the opening mass of the Festival of Bregenz, a CD production for the International Ignaz Pleyel Society and two New Year's Eve concerts with stars of the Opera Budapest in Szombathely.